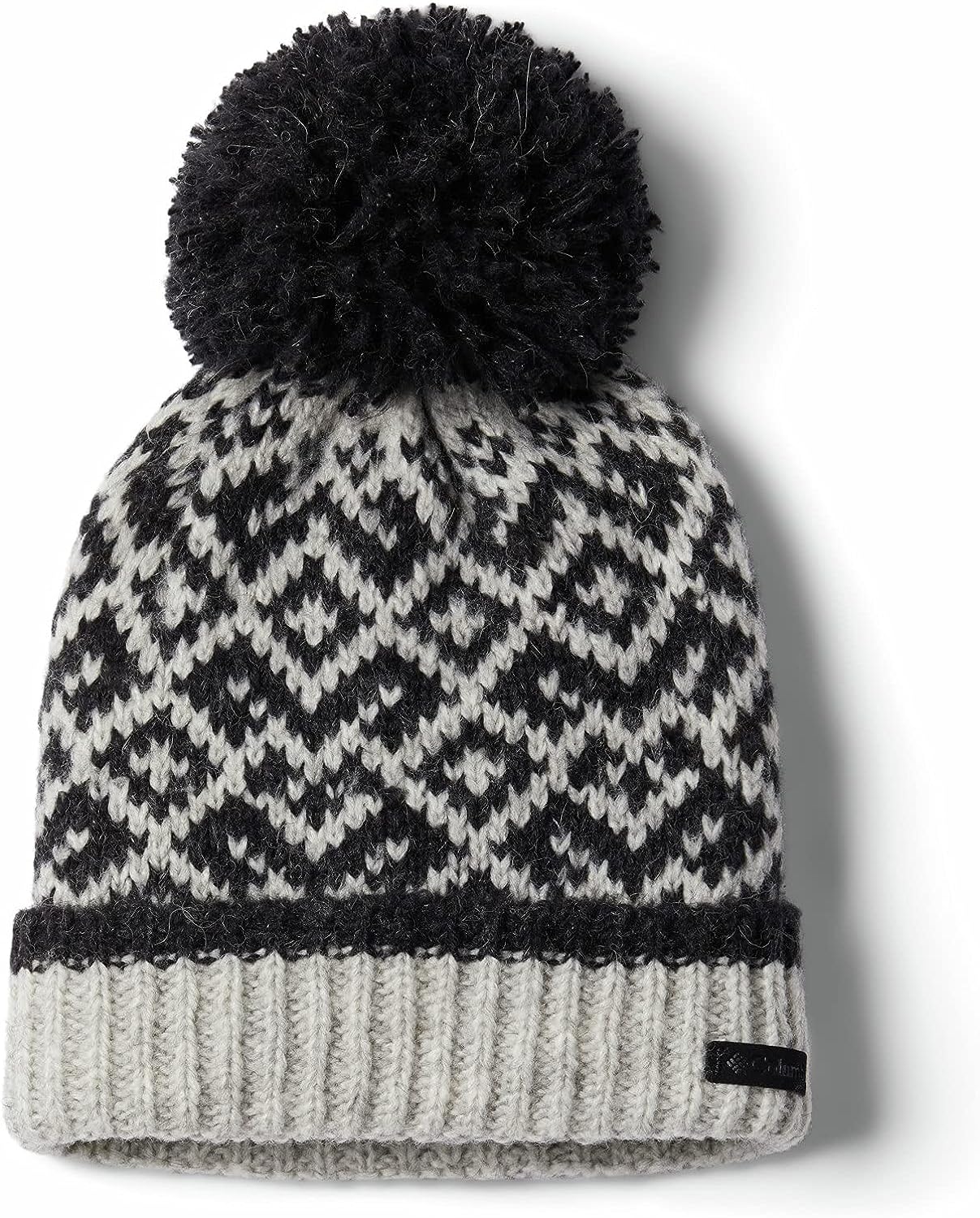 A classic, cuffed beanie topped with a fluffy pom, a standout knit print, and a soft fleece lining. Never head out to the mountain without it. A fun pompom cap, made from a cashmere-like super blend yarn; 69% acrylic, 16% nylon, 10% alpaca, and 5% wool. Along with a polyester fleece lining, this superbly warm and super comfortable beanie is just the ticket for wintery days. A hat for the outdoors with just a touch of sass. Columbia offers this beanie in multiple patterns and colors, one size fits all.

HUF Mens Essentials OG Logo Curved Visor Hat: It's funny how people do say that the most dangerous place to be is the Middle of the road. Most of the a...